A woman shared the twisted story of how she discovered that her husband was secretly in love with her sister throughout the course of their marriage.

She claims that he took it as far as cropping her out of photos and deceiving strangers online that he had a family with his wife’s sister.

The woman shared her story on the subreddit thread, an online space designed for people to share personal and intimate stories they do not wish to share with those close to them.

The woman discovered that her husband was secretly in love with her sister after going through his phone and computer.

She began her post by providing a backstory of her husband getting irritated that her sister had been gaining weight.

The woman noted that her husband’s reaction to her sister’s weight gain was strange and that others had told her the same thing.

Suspicious, the woman decided to go through her husband’s computer and phone while he was asleep, hoping to uncover anything out of the ordinary.

She added that her husband hadn’t changed any of his passwords since they were dating so gaining access to his devices was easy.

“I was shocked with what I saw,” the woman wrote after discovering what her husband had been up to.

“Yes, my husband is in love or at least has a crush on my sister.”

The woman discovered that her husband had been complaining about her sister’s weight gain to his best friend.

“He complains that she’s getting fatter,” the woman wrote. “He’s annoyed that she might be pregnant or that she’s just going to ruin her beauty.”

What was even more disturbing was that the woman’s husband was sending photos of her sister to his best friend, admitting that he uses the images to “pleasure himself.”

“One of the pictures he has sent to his best friend where he admits that he masturbates to is from her Facebook. WITH MY TODDLER NEPHEW KISSING HER CHEEK,” the woman shared.

She also discovered that her husband had secretly taken hundreds of photos of her sister while they were on family vacations and cropped his wife out of some of them.

The woman shared that her husband is part of an online community of gamers who have never met him in person.

He uses this to his advantage and pretends that he is married and has a family with the woman’s sister.

“He proudly brags about having her,” the woman wrote. “His profile picture is of her, her children, and him from a Christmas party.”

The woman claimed that her husband’s secret left her feeling “disturbed” and “confused.”

She went on to praise her husband for what a wonderful man he had always been throughout their marriage.

She added that the lack of compliments from her husband regarding her appearance never bothered her since there were so many other qualities she valued about herself.

“I don’t know if he loves me,” the woman admitted.

She shared that less than two weeks before she snooped through her husband’s devices, he surprised her with a weekend getaway to Paris and a new engraved wedding band.

She never believed that her husband would do anything as he did, and he appeared to be in love with her and only her.

She added that her husband posing her sister’s family as his own was especially shocking since he was never interested in having children.

Despite her predicament, the woman made it clear to other Redditors that her sister is “amazing” and she had no idea of her brother-in-law’s obsession with her, nor did she ever initiate an affair with him.

“They don’t talk private and the last text he has from her is when I turned 30 and they were planning a surprise party,” the woman shared.

In regards to her sister’s weight gain, the woman shared that her sister is “very slim” and suffers from depressive episodes where she is unable to eat.

“So when she gains weight, we’re all delighted because it means she’s happy and eating well,” the woman wrote.

The woman is divorcing her husband, writing that his behavior is “beyond creepy” and that their marriage is “beyond salvation.”

When the woman’s husband discovered that she’d been through his personal devices and uncovered his secret life, he was “defeated.”

“[He] told me he was disgusted with himself and that he was sorry and that he loved me,” the woman wrote. “He just wasn’t in love with me and hasn’t been for 2 years.”

He added that his thoughts about his wife’s sister were just “fantasies” and an escape from reality and claims that he had no intentions of acting on them.

“I told him that I never wanted to see him again and most importantly I never want him to contact my sister,” the woman shared.

Her husband agreed and begged the woman not to tell her sister or her husband of his actions.

“I’m numb maybe the hurt and sadness will come later. I’m more repulsed and disappointed right now,” the woman wrote. “Tears will come when everything settles and divorce is a fact not just a reaction.”

The woman thanked other Reddit users for their support and reassurance that life will go on.

ASANTEHENE WAS NOT BE ABLE TO ATTEND QUEEN ELIZABETH FUNERAL DESPITE INVITED…By  received an invitation from the British monarc to attend the burial of his mother..QUEEN ELIZABETH DEATH 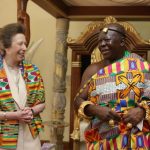 ASANTEHENE WAS NOT BE ABLE TO ATTEND QUEEN ELIZABETH FUNERAL DESPITE INVITED…By  received an invitation from the British monarc to attend the burial of his mother..QUEEN ELIZABETH DEATH

September 24, 2022
KOFI ADOMA WANWANI Caught On Camera Making A Call Inside A Dustbin. 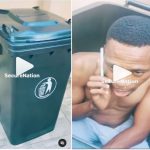 KOFI ADOMA WANWANI Caught On Camera Making A Call Inside A Dustbin.